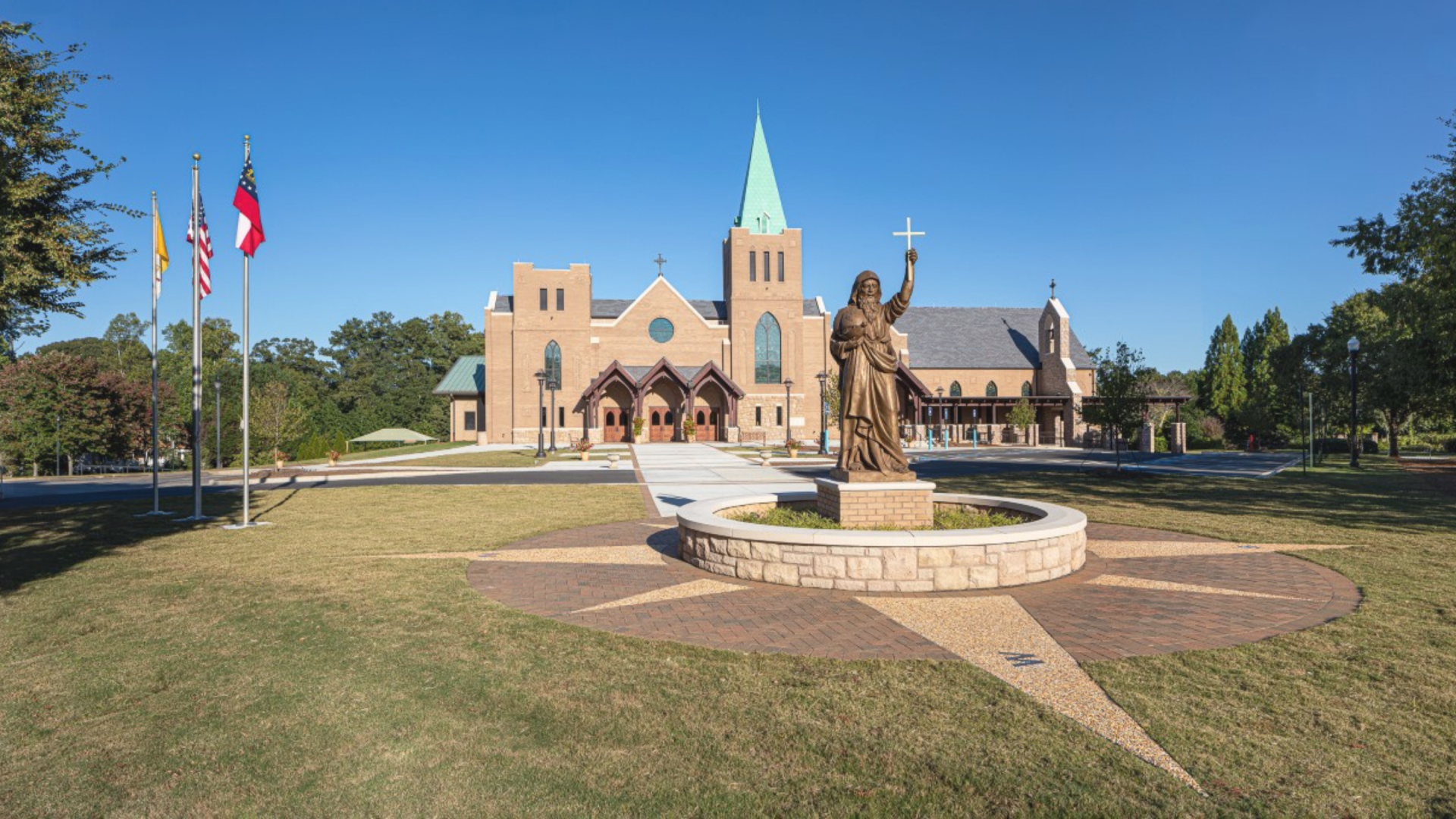 Making Visible the Faith: From Poland to America

Dr. David Fagerberg of Notre Dame has taken a personal vow to quote G.K. Chesterton to someone once a week. I would not be surprised if some here at Word on Fire believe that I have made an equivalent vow about discussing Poland because I inevitably bring up that lovely land nearly every day. It must drive my colleagues nuts, but I cannot help myself. Who does not want to tell everyone about things they love? And one thing I love is Poland.  Like many other nations with strong Catholic roots, Poles make visibly present their love for Christ and his Church. They have had to struggle and fight to be able to do so throughout their dramatic history. I greatly admire them for this, and I hope to do likewise.  As the saying goes, I am not Polish by ancestry but by marriage,…

In many places, the institutions that are supposed to form good men have failed. And they have failed because many of the men who run them have been failures. Scouting has been plagued by rampant abuse of boys that is still coming to light. The Church will be dealing for generations with what Bishop Barron calls a “diabolical masterpiece” of clergy sex abuse. In many communities, absentee fathers continue to be the norm for families rather than the exception. Organized sports used to be one of the institutions that formed decent men too, but it has failed just like the rest. Big money from big sports, and especially NCAA football, have caused some large universities to over-prioritize their sports programs, at times to the detriment of academics. Coaches have become the highest paid members of many college staffs, and locker rooms have become places where…

Will the Real St. Mary Magdalene Please Stand Up?

Mary, Mary quite contrary, how does your story go? During a recent content meeting, the subject of St. Mary Magdalene's feast day was raised. "The prostitute, right?" the masses queried. "Actually, no," responded Father Steve Grunow. And thus, a blog post was born. Today he explains how history and a very common name often make for some identity confusion for this most important saint.

Just Do It: Go to Mass On Sundays

A friend of mine went to a small Catholic college in New England on a baseball scholarship. His coach was the kind of friendly, no-nonsense journeyman they don’t seem to make anymore. At the first practice of the year, he told all the players to take a knee. Then in a thick Massachusetts accent, he said to them, “Now fellas, this is important, so listen up. If you’re gonna be on this team, it doesn’t matter what you believe. But we go to Mass on Sundays.” This happened almost two decades ago, but even at the time, it would have been considered more than a little politically incorrect. Fortunately, though, the young men understood that there was not an ounce of malice in him. He truly didn’t care about the players’ personal religious convictions. All were welcome on the team, regardless of creed. But this was…

The Claim of Christianity: Did Jesus Really Exist?

Christians believe that God acts—and has acted—in the world. In the present tense, we acknowledge that God here and now is the metaphysical first cause and sustainer of all things; in him “all things hold together” (Col. 1:17). In the past tense, we refer to Christianity’s unique claim that two thousand years ago, this same God took on human nature to enter the very world of which he is creator. In this awesome divine act of the incarnation—what C.S. Lewis calls “the Grand Miracle”—God entered history. Christianity is an irrevocably historical religion. It tells us who we are, where we come from, our purpose, and our destiny. So Christianity would be completely undermined if, in the end, it was not rooted in the reality of a historical redeemer. What is history? History deals with things that have already happened. More…

Practice, Patience, Prayer: Lessons in Evangelization from the Parables

In Matthew’s Gospel, we hear that “Jesus told the crowds all these things in parables; without a parable he told them nothing” (Matt. 13:34). St. Mark tells us that Jesus “began to teach them many things in parables” (Mark 4:2) and that Jesus told the disciples, “To you has been given the secret of the kingdom of God, but for those outside, everything comes in parables” (4:11). The parables themselves are so famous and familiar that some of them, like the “good Samaritan,” have even made their way into common usage, detached from their original context. In fact, the very idea of a parable as part of our Lord’s teaching is so familiar that we may overlook them, but I would venture to suggest that we could learn some important lessons about evangelization from the nature of a parable. The Old English term for this literary…

The Mysterious Benedict Society: A Subversive Tale for the Times

The Mysterious Benedict Society, now airing on Disney+, is a refreshingly subversive adventure story. Based on the book series by the Arkansas novelist Trenton Lee Stewart, The Mysterious Benedict Society places children at a level of importance rivaling Jesus’ words in Matthew’s Gospel: “Unless you change and become like children, you will never enter the kingdom of heaven.” The children who make up the mysterious society are four brilliant and talented orphans, led by Reynie Muldoon, who is played by Mystic Inscho. Young George “Sticky” Washington has a photographic memory; Kate Wetherall has endless practical knowledge and physical prowess; and Constance Contraire, played by the hilarious young Russian actress Marta Kessler, appears to be telepathic. Tony Hale produces the show and stars as the mysterious Mr. Benedict, who finds the four children and…

‘I AM’ Is Here, and Is Concerned—Yes, About You

Lifting Our Injured Souls Out of Darkness with “This Beautiful Truth”

One of the greatest obstacles to faith for many people is the problem of suffering. Why would a good God allow pain and grief? The power of this paradox is undeniable. Theodicy—a defense of the goodness of God in the face of evil—is perhaps most difficult when confronting the suffering of innocent children. When children are in pain, we often can’t help but wonder: Why would God allow this? It is this most compelling challenge to faith that Sarah Clarkson tackles in her new memoir and exploration of theodicy, This Beautiful Truth: How God’s Goodness Breaks into Our Darkness. In this gripping story, the child whose suffering calls faith into question is that of Sarah Clarkson herself. In vulnerable and heartbreaking passages, Clarkson describes how mental illness broke in and presented a rival story of brokenness to the narrative…

What You Need Prayin’ For?

What are you typically doing at 4:00am each day? Dr. Tom Neal recounts an extraordinary meeting he had with an elderly woman, outside of Mass, who uses her mornings to pray for others.
Back to Top Share this page on